Tricloud is a company which is closing the gap between classic OT (Industrial Automation) and new IT solutions based on cloud technology. We have expertise in both areas and are able to offer consultancy services no matter the challenge. Being able to understand both worlds (so to speak), we are generally able to come up with better overall solutions for our customers.

Industrial IT & Automation systems is a general term that encompasses several types of control systems and associated instrumentation used for industrial process control. Control systems can range in size from a few modular panel-mounted controllers to large interconnected and interactive distributed control systems (DCS) with many thousands of field connections. Control systems receive data from remote sensors and actuators measuring process variables (PVs), compare the collected data with desired setpoints (SPs) and derive command functions that are used to control a process through the final control elements such as control valves, motors etc.

Automation systems are usually implemented by supervisory control and data acquisition (SCADA) systems or DCS and programmable logic controllers (PLCs), though SCADA and PLC systems are scalable down to small systems with few control loops.

PLCs can range from small modular devices with double-digit inputs and outputs (I/O) in a housing integral with the processor to large rack-mounted modular devices with thousands of inputs and outputs, which are often networked to other PLC and SCADA systems. They can be designed for multiple arrangements of digital and analog inputs and outputs, extended temperature ranges, immunity to electrical noise and resistance to vibration and impact. Programs to control machine operation are typically stored in non-volatile memory or memory with battery backup. PLCs are typically a locked combination of hardware and software.

A distributed control system (DCS) is a digital process control system (PCS) for a process or plant wherein controller functions and field connection modules are distributed throughout the system. As the number of control loops grows, DCS becomes more cost effective than discrete controllers. Additionally, a DCS provides supervisory control and management of large industrial processes. In a DCS, a hierarchy of controllers is connected by communication networks, allowing centralized control rooms and local on-plant monitoring and control.

A DCS enables easy configuration of plant controls such as cascaded loops and interlocks and easy interfacing with other computer systems such as production control. It also enables more sophisticated alarm handling, introduces automatic event logging, removes the need for physical records such as chart recorders and allows the control equipment to be networked and thereby located locally to the equipment being controlled to reduce cabling.

A DCS typically uses customized processors as controllers and uses either proprietary interconnections or standard protocols for communication. Input and output modules form the peripheral components of the system.

The field inputs and outputs can either be continuously changing analog signals, e.g., current loop or 2-state signals that switch either on or off such as relay contacts or a semiconductor switch.

Distributed control systems can normally also support Foundation Fieldbus, PROFIBUS, HART, Modbus and other digital communication buses that carry not only input and output signals but also advanced messages such as error diagnostics and status signals. 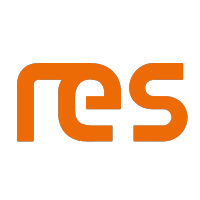 We used Tricloud’s IoT consultancy services to better understand our maturity in IoT and plan specific improvements to our products. We are very impressed with Tricloud’s architectural and IoT knowledge. Tricloud learned our current state very quickly and delivered tangible recommendations clearly rooted in experience. Tricloud were flexible and enthusiastic throughout the work. Overall we had a great experience working with Tricloud.

We used Tricloud for an overall review and assessment of the architecture of our SaaS platform. The Tricloud team did a thorough and structured assessment and the result was a list of key recommendations and significant improvements to our platform. The process and collaboration were smooth and positive all the way through - We have no doubts about recommending Tricloud.

Tricloud has played a strategic sparring partner role to our digitalization business. Unlike many consultancy firms out there, Tricloud can inspire and guide towards a future proof solution. Tricloud has a unique experience building production grade IoT and cloud solutions combined with unstoppable eagerness to obtain new knowledge and has performed at an unparalleled level of professionalism.

Supervisory control and data acquisition (SCADA) is a control system architecture that uses computers, networked data communications and graphical user interfaces for high-level process supervisory management. The operator interfaces, which enable monitoring and the issuing of process commands such as controller setpoint changes, are handled through the SCADA supervisory computer system. However, the real-time control logic or controller calculations are typically performed by networked modules which connect to other peripheral devices such as programmable logic controllers (PLCs) and/or discrete PID controllers which interface to the process plant or machinery.

The SCADA concept was developed as a universal means of remote access to a variety of local control modules, which could be from different manufacturers allowing access through standard automation protocols. In practice, large SCADA systems have grown to become very similar to distributed control systems in function but using multiple means of interfacing with the plant. They can control large-scale processes that can include multiple sites and work over large distances.

The SCADA software operates on a supervisory level as control actions are performed automatically by PLCs. SCADA control functions are usually restricted to basic overriding or supervisory level intervention. A feedback control loop is directly controlled by the PLC, but the SCADA software monitors the overall performance of the loop. For example, a PLC may control the flow of cooling water through part of an industrial process to a setpoint level, but the SCADA system software will allow operators to change the setpoints for the flow. The SCADA also enables alarm conditions, such as loss of flow or high temperature, to be displayed and recorded.

Tricloud consultants have many years of experience in the OT area, and we help our customers obtain the full potential of existing solutions. We also evaluate how legacy automation systems can effectively integrate into new 21st-century digitalization scenarios, building future digitalization solutions on top of existing assets whenever possible.